I cannot believe how much the world has changed in the last week. I am trying hard to understand the rapidly changing news, as I’m sure you are, and at times it can feel overwhelming.

The corona virus, or COVID-19 as it is also known, has and will impact our church and our country. While it’s difficult to get reliable and accurate information, and while some government decisions may be under or overreactions to the problem, the crisis we’re facing is both real and deep. The stock market has tanked, borders are closing, airports and cities look like ghost towns, businesses are struggling, people are struggling, loss of freedom and mobility, and people are sick and dying in Canada.

The Chief Medical Officer of Health of Ontario announced that he is recommending the closure of all churches, along with other institutions. We will comply with their guidelines.

We will be LIVESTREAMING our services every Sunday at 10:30am on FACEBOOK.  We realize that not everyone may have a Facebook account. You will also be able to listen to the message at:  BUZZSPROUT, after 4:00pm  on Sunday afternoon. You can also catch up on other sermons you may have missed at this website.

We realize these are hard financial times for everyone. If you are able, we would appreciate your financial giving to maintain the expenses of the church. You can do this by cheque (by mail or by dropping in the church mailbox); by e-transfer to the Church or on our web page (GIVE NOW). Etransfers can be sent to lighthousechurchtreasurer647@gmail.com. Please email Mary Beth (Church Treasurer) to let her know the passcode and other giving information.

Since we are followers of Christ we don’t need to fear. Our God is in control. We need to place our hope and confidence in Him. If you have some concerns or need help, call me or one of the elders, Jim Hubert or Trevor Mulder, and we will pray for you.

This is a time that we can be Jesus with our hands and feet. Offer to pray for those around you. If you can assist by getting groceries for the elderly, do it. Phone people who are alone and spend time just listening or talking to them. During a time when people are overwhelmed with fear, remember as Christians we have the privilege of bringing hope and encouragement to others and by working together we can reach people with the message of hope that is found in knowing Christ.

Please know that Rose and I love each and everyone one of you. We will be praying for you and know that we are here for you in anyway we can.

Lastly I’ll leave you with an encouraging verse of scripture:

“You keep him in perfect peace whose mind is stayed on you, because he trusts in you.”    Isaiah 26:3 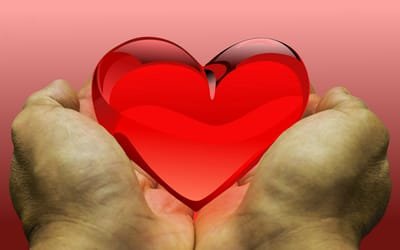 Due to the Covid-19 Pandemic, all our weekly Services and Activities have been cancelled. Please join us at 10:30am on FACEBOOK or you can hear the podcast on BUZZSPROUT after 4pm Sunday.

We've had people ask how they can donate, especially during this time.

This page is for that purpose.  All donations will be receipted for Income Tax Purposes.  If you have any questions, please feel free to email us at admin@lighthouseamherstburg.com 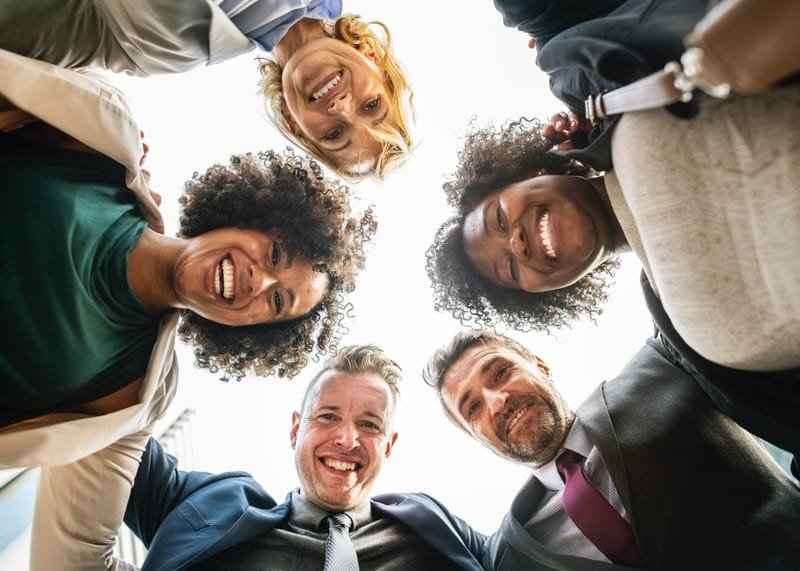 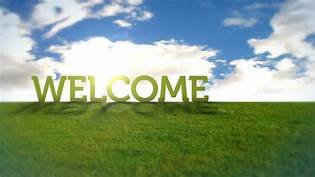 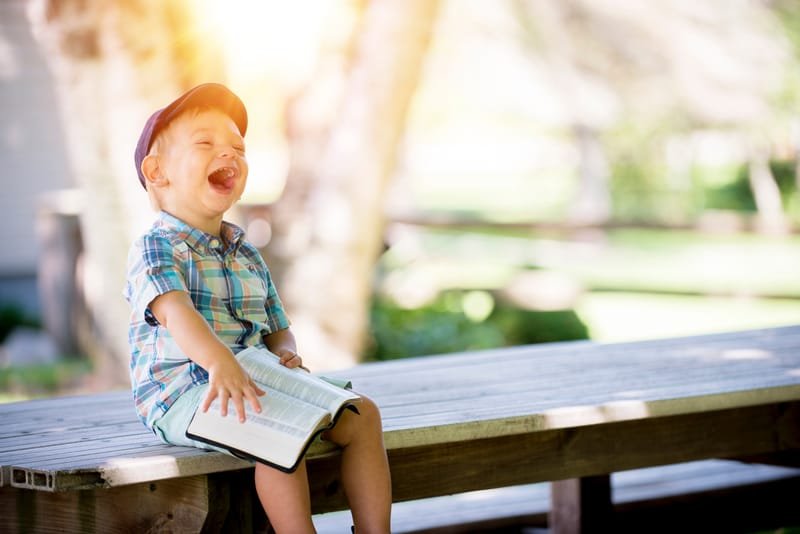 Welcome to Lighthouse.
We’re so glad you’re going to come join us.  Whether you’ve been walking with God for years, or are looking for a new church, we have a place for you.

When can I come?
ALL OUR ON SITE SERVICES AND ACTIVITIES HAVE BEEN CANCELLED.  Please visit our FACEBOOK Page to watch our weekly message by Pastor Adrian on Sunday Mornings 10:30am.   If you would like to receive a copy of our Children's Sunday School Video for your children, please email lighthouse.jojo@gmail.com and it will be sent you weekly.

What should I wear?
We don’t have a formal or unspoken dress code at Lighthouse. Attire generally varies from very casual to more business casual.

Where do I go?
If you do join us on for a weekend service, please make sure to drop by the Welcome Centre in the foyer after the service where you will receive a Newcomer's package to take home. And if you have questions, one of our staff or volunteers will be happy to connect with you.

What is available for my children?
Lighthouse Kids provides care and spiritual direction for children from birth through Grade 5. Our desire as a ministry of Lighthouse, is to come alongside parents and guardians to equip, support, and inspire them as the primary spiritual leader in the lives of their children.

How Can I get connected?
Drop by the Welcome Centre in the foyer before or after Sunday services and learn about our small groups and how you can get connected now.

Where are you?
We are located at 266 King St. in downtown Amherstburg. 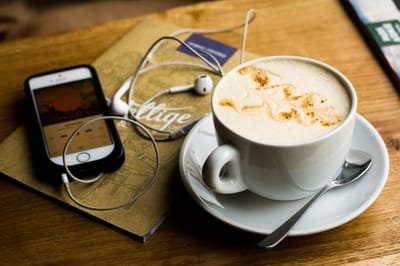 Small Groups meet biweekly. Lighthouse currently has Small Groups meeting in Amherstburg and LaSalle. For more information OR to join a group, drop us an email at lighthouse.amherstburg@gmail.com

"Being a godly man doesn't just happen because you put your feet on the floor in the morning. You need the Word of God, and you need other men to encourage you along the journey." Jim Hubert Men's Ministry Director

We are about encouraging women in their spiritual journey to be godly, faithful women of God. Our Ladies Bible Study takes place Tuesday mornings from 9:30-11:30am. Check out our events page for information on the latest study.

From time to time, we offer one day Workshops to help Men and Women learn more about studying God's Word. Stayed tuned for our next opportunity!

“Then you will call upon me and come and pray to me, and I will hear you.” You will seek me and find me, when you seek me with all your heart.” Jeremiah 29:12,13 Join us every Sunday Morning at 9:30am in the Lighthouse Cafe for Coffee, Prayer and usually donuts!

During our Sunday Morning Service, we have programs for children aged new born to 10 years old. Our nursery provides a safe and nurturing environment for babies to age 24 months. Children ages 3 to 10 years, join their parents during the first part of the service and then are dismissed part way throughout the service.

Super Hero Brunch - Thanks to everyone who joined us!

We believe the Bible to be the complete Word of God; that the sixty-six books, as originally written, comprising the Old and New testaments were verbally inspired by the Spirit of God and were entirely free from error; that the Bible is the final authority in all matters of faith and practice and the true basis of Christian union.

We believe in one God, Creator of all, holy, sovereign, eternal, existing in three equal Persons, the Father, the Son and the Holy Spirit.

We believe in the absolute and essential deity of Jesus Christ, in His eternal existence with the Father in pre-incarnate glory, in His virgin birth, sinless life, substitutionary death, bodily resurrection, triumphant  ascension,  mediatorial ministry and personal return.

We believe in the absolute and essential deity and personality of the Holy Spirit, who convinces of sin, of righteousness and of judgement; who regenerates, sanctifies, illuminates and comforts those who believe in Jesus Christ.

We believe that Satan exists as an evil personality, the originator of sin, the archenemy of God and man.

We believe that man was divinely created in the image of God; that he sinned, becoming guilty before God, resulting in total depravity, thereby incurring physical and spiritual death.

We believe that salvation is by the sovereign, electing grace of God; that by the appointment of the Father, Christ voluntarily suffered a vicarious, expiatory and propitiatory death; that justification is by faith alone in the all sufficient sacrifice and resurrection of the Lord Jesus Christ and that those whom God has effectually shall be divinely perfected in the image of the Lord.

We believe in the personal, bodily resurrection of the just and the unjust; in the eternal blessedness of the redeemed and in the judgement and conscious, eternal punishment of the wicked.

We believe that a church is a company of immersed believers, called out from the world, separated unto the Lord Jesus, voluntarily associated for the ministry of the Word, the mutual edification of its members, the propagation of the faith and the observances of the ordinances. We believe it is a sovereign, independent body, exercising its only divinely awarded gifts, precepts and privileges under the Lordship of Christ, the Great Head of the church. We believe that its officers are pastors and deacons.

We believe that there are only two ordinances for the church regularly observed in the New Testament in the following order: Baptism, which is the immersion of the believer in water, whereby he obeys Christ's command and sets forth his identification with Christ in His death, burial and resurrection. The Lord's Supper, which is the memorial wherein the believer partakes of two elements, bread and wine, which symbolize the Lord's body and shed blood, proclaiming His death until He comes.

The Church And State

We believe in the entire separation of church and state.

We believe in religious liberty; that every man has the right to practice and propagate his beliefs.

We believe that the first day of the week is the Lord's day and that, in a special sense, it is the divinely appointed day for worship and spiritual exercise.

We believe that civil government is of divine appointment for the interest and good order of society; that magistrates are to be prayed for, conscientiously honoured and obeyed, except only in the things opposed to the will of our Lord Jesus Christ who is the only Lord of the conscience and the Prince of the kings of the earth.

Our vision at Lighthouse Church is to glorify God by sharing the love and hope of Christ to Amherstburg and in so doing make fully devoted followers of Jesus.